When I learned that Sergey Lukianenko will be at the Warsaw Book Fair I was excited like a teenager before the first date. After Stanislaw Lem and Robert Sheckley, this is the third science fiction writer, whom I can safely call my idol. I consume Lukianenko’s books faster than corn harvester cuts grain. Starting from the first collection of short stories that I know, ‘Atomic Dream’ and ‘Night Watch’ series – I read everything at least twice. At the fair Sergey Lukianenko did not act like a literature star (which he surely is), I got the impression that he is a very humble man, even timid. He perked up considerably for two topics with which, as he said, he has a personal relationship. They are piracy and Russian cinema. The first topic is probably obvious. However, the contemporary Russian cinema is simply divided by the author into two categories: movies so pompous, that they’re ridiculous and movies made poorly by amateurs that do not have the slightest idea about moviemaking. Since the filming of ‘Daily Patrol’ he no longer sells film rights of his books. Although this particular adaptation was very good (as he confirmed), but seeing as how today’s filmmakers unceremoniously handle literature he’s simply afraid. ‘The Witcher’ is the best example. Another problem is the payment of the royalties due to writers. ” Money on the table first and then you can do what you want with the movie “- this is perhaps the best, in his opinion, method to deal with the present producers and to maintain peace of mind. This is actually the way Sapkowski deals with the matter, whom he highly regards and he was obviously disappointed that he could not talk to him at the fair. Lukianenko also appreciates R.R. Martin, whose books he has known for many years. I am sure that he is a little jealous of Martin, whose novel was made into such a great show as the ‘Game of Thrones’. 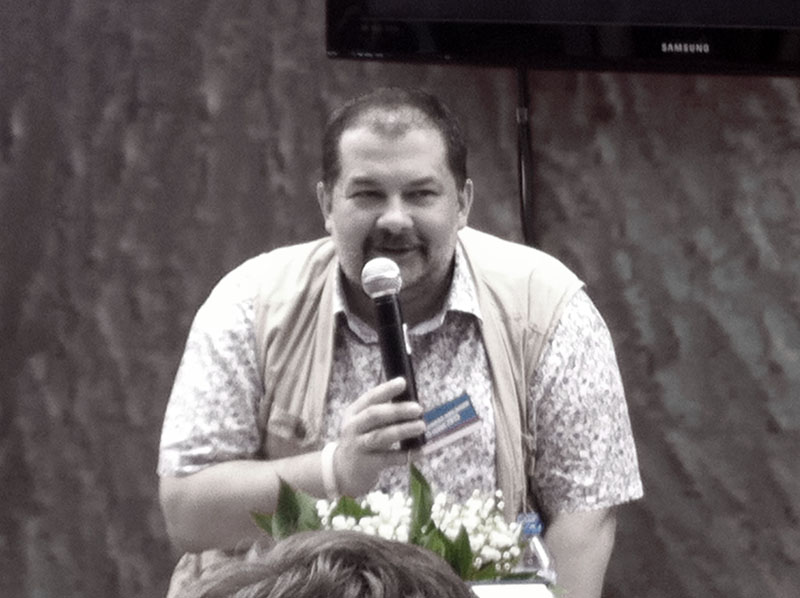